In the end, perhaps it was fitting that just as the Chargers fell short of their goal year after year, so, too, did their unofficial mascot.

Boltman, aka Dan Jauregui, announced Monday his eBay auction of the costume and “full intellectual property rights to the Boltman character” ended without a sale.

In a news release emailed to the media, Jauregui said the highest bid received was $71,600, which was short of the reserve price he set but refused to divulge. (The eBay listing on July 12 listed a reserve of $5,000, but that was clearly in error.) 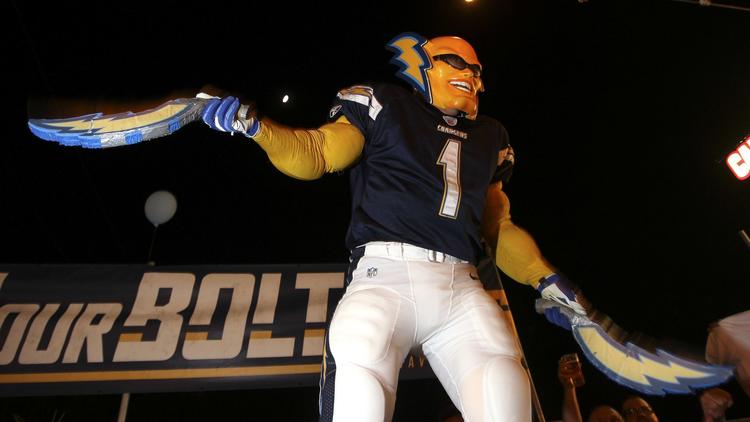 “I understand to some fans, this may seem like a lot of money for a mascot character,” Jauregui said in the release. “However, if I were to have accepted this bid it would have negatively affected me financially. With 50 percent of the potential winning bid dedicated to Rady Children’s Hospital San Diego, the net proceeds after all taxes and fees would have been roughly $20,000. After over two decades and investing over six figures, it would not have been a wise choice to sell at that price.”

Jauregui apologized to fans and said he plans to “dedicate some time and try to find a perfect home for putting Boltman on display.”

He added he was still “open to the possibility” of selling Boltman to any company that would pledge 50 percent of the proceeds to Rady Children’s Hospital.

“Perhaps,” he said, “there could still be a positive end to this story.”