Tips For Dealing With Jewelery Wholesalers 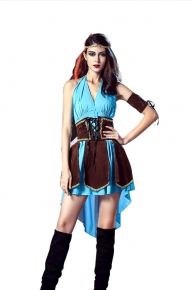 The first thing you need to know about UK jewellery wholesalers and importers is that they are unlikely to ever have visited the manufacturer of the products they sell. They usually order from a catalogue that hasn’t changed in years, content in the knowledge that all of their competitors are doing the same thing. If you come across a wholesaler who sells jewellery that looks completely different to everyone else’s, then hold onto this supplier as if your life depended on it. Chances are they are one of the very rare few who actually deal direct with manufacturers on a regular basis.

Years ago, when we dealt with importers ourselves, we’d get a visit a few times a year from their sales rep, showing us the new stock catalogue. Of course, the new stock was little more than the old stock in different colours, a fact that failed to generate even a hint of embarrassment when it was pointed out to him.

The best way to locate wholesalers who may be dealing with new designs, and who may be buying direct from manufacturers rather than using last centuries catalogues, is to look online. The old bricks and mortar businesses are slow to change, but the new wholesalers on the internet are not encumbered by out dated ways of doing things.

When buying jewellery from online wholesalers, you need to know if the company is running their website from a live stock database, or a static database. The difference between the two, is that with a live database, every item you see will be in stock, and in the quantities shown. A static database is common where the wholesaler also has an offline operation – warehouse or showroom in Manchester, for example. In this case, the database that powers the website may be unchanged year by year, and the lines listed may have no relation to what they actually have in stock.

We had an instance ourselves where we placed a reasonably sized order (£2000) on the website of one of the larger UK wholesalers. A couple of days later we received a phone call from a harried member of staff telling us that they only had £40 of the items in stock, didn’t know when or if the remainder would ever be restocked, and did we want to go ahead and order?