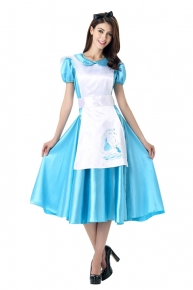 Of course, the costume manufacturers and marketing of fine and costume jewelry is much more sophisticated now. We use jewelry to show off our wealth, to highlight our beauty, to advertise our sexual confidence (or overcompensate for a lack of same) – all those subtle and not so subtle tricks of the social trade that have turned jewelry into one of the largest and most permanently lucrative fields there is. In good and bad economies alike, people want to look good, adhere to fashion trends, and advertise a certain level of wealth.

Jewelry – from the finest works of wearable art to cheap trinkets – has been a constant throughout recorded human history. However, with the worldwide rise of consumerism in the middle of the twentieth century, relatively affordable high quality and low cost costume jewelry became increasingly popular. Today, women and men of all income levels aspire to a certain look of affluence. That was just one of several revolutions that would help build business in both retail and wholesale jewelry.

A few generations back, the only jewelry men in America conventionally wore were functional, i.e., watches and the occasional religious token – a cross, a St. Christopher medal, or perhaps a Jewish star of David – usually worn under shirts were they wouldn’t be visible. Also, of course, there were rings. Usually it was a wedding or engagement ring and, in those pre-feminist days, lots of men didn’t even wear those. Of course, men were still a huge part of the jewelry market, but as buyers of gifts for women — including those all-important, salary consuming, wedding and engagement rings.

Along with the various revolutions of the late sixties and early seventies, the jewelry market expanded, particularly on the lower end, and by the late seventies earrings on men and disco-music together moved from the gay community into the general world, presaging the era of the metrosexual. Various types of necklaces favored by late sixties era hippies of both genders also moved into the general population. By the mid-seventies, Hawaiian puka shell necklaces were as big a fad for teen boys as for girls, and no disco-diving hipster’s ensemble was complete without a gold chain and the wild variety of ornamentation that rappers would be celebrating decades later as “bling.” With the arrival of the hip-hop era, wholesale jewelry deals and shipment were never as large or as lucrative.