When one thinks about a great cellular phone, they will immediately think about the popular brands such as Motorola, Nextel and do not forget about the ever so popular Nokia. If you look back on the history of Nokia, you will see that it has an outstanding track record, regardless of what model phone the had. So, what’s the next idea on Nokia’s list? Nokia introduced a new mobile device that is called the Nokia E63 which comes in either red or blue colour variants and it just happens to be a really great phone, either way you stack it. Within this article, we will be telling you more about the Nokia E63. No, we’re not trying to win you over and make you purchase this new handset, we are just informing you about the possibilities you could have with this handset dance costume manufacturers. 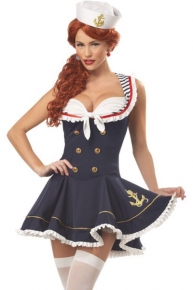 The new handset was announced in November 2008 and a month after its announcement, it began to show its face on the shelves. This E63 cell phone is pretty light, as it is only one hundred and twenty six grams and that is with the battery included in it. The dimensions are 113.0 by 59.0 by 13.0 mm. It has a graphical display that shows you some really great color. To be exact, it is 16M colors and 320 by 240 pixels. Did we mention that it has the capabilities to access the Internet with it’s built in Wi-Fi? Yes, you can access the Internet with only a click of a button.

When you access the Internet, you will be able to type out you e-mail messages with pleasure as the Nokia E63 in Red and Blue has a QWERTY keyboard that has been built into it. Don’t forget about the five-way scroll key that is included with this device.

As for the memory, yes the memory in this cellular device is outstanding. You will have 110 MB of memory and you can use a microSD, which is TransFlash, which is up to 8GB. If you are a music lover, then you will also be able to enjoy MP3’s on your cellular device. You will have the option of download MP3’s straight from the Internet and you will be able to download as much as you device can hold, which is a lot.